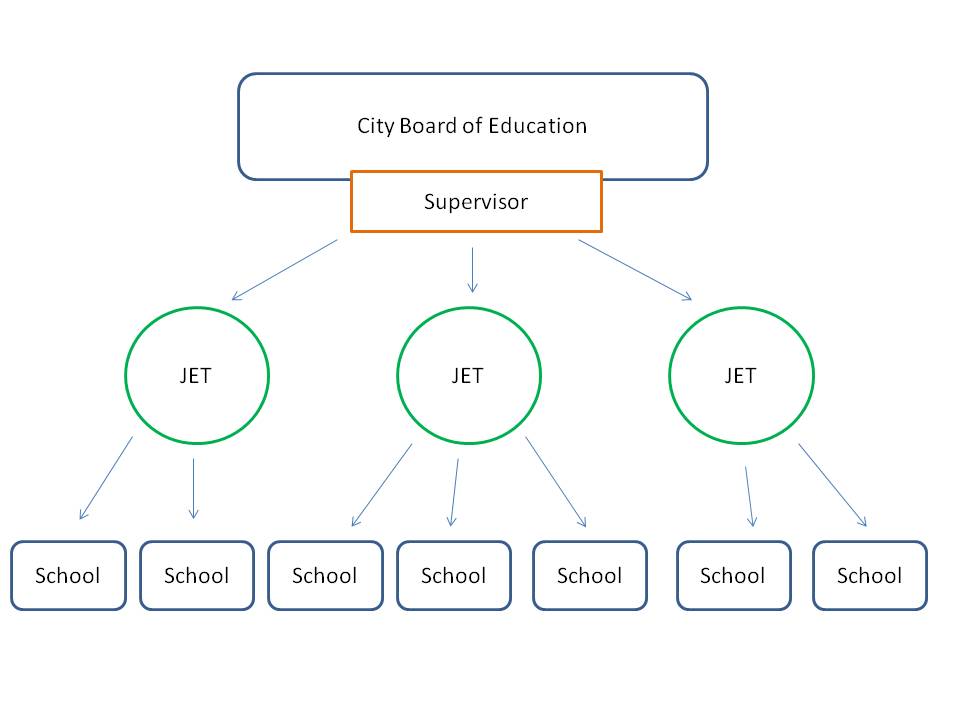 City BOE JETs usually have just one supervisor, which is typically a Japanese person working at the City BOE. You might have one or more fellow ALT coworkers who are also assigned to the same City BOE and who you will likely be sharing the same supervisor with.

Often, City BOE JETs are given a schedule for which schools they will be going to, the number of which differs from person to person.

In other words, the JET System for City BOE JETs is generally a lot more centralized than it is for the Prefectural BOE JETs.

City BOEs with more than one ALT may make use of the "senpai" system, in which designated ALTs who have been in Oita longer are asked to act as sort of a liaison between all ALTs and the BOE/supervisor. This role can vary depending on BOE and supervisor.