Usuki is located in the ‘South Oita’ region of Oita prefecture. This region is composed of Usuki, Tsukumi, and Saiki cities. Usuki is a port town with the feel of a busy satellite-suburb of Oita city. Famous for its complex of ancient stone Buddha sculptures, and for its quaint historical district, Usuki is also well known for its many ‘fugu’ (pufferfish) restaurants. 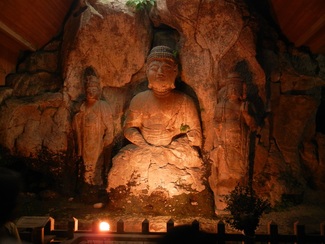 One municipal JET is charged with Usuki’s central schools. The other is charged with the schools on the edge of the city, as well as those in Notsu, a town in the countryside that was incorporated into Usuki city in 2005. Because they will have to drive farther, the JET who works in Notsu will usually have fewer schools than the JET who works closer to the city center. The Notsu JET will also get a larger gasoline stipend from the Board of Education.  Municipal JETs each need a car to reach all of their schools. The prefectural JET can get by with just a bicycle.

Housing in Usuki is subsidized for all JETs, and apartments range from small to reasonably large. All of the JETs live within a fifteen-minute walk of one another. 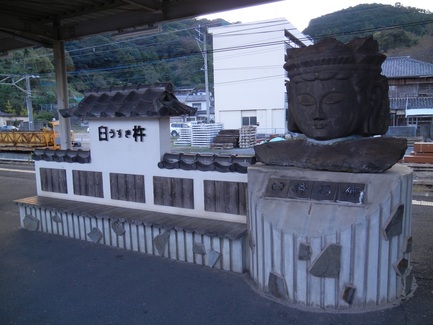 Motorists have several options, the speediest of which is the Higashi Kyushu Expressway, with an exit at Usuki Interchange. Those driving on the Expressway will have to pay tolls.

Finally, the Oita Bus Company offers busses to, and within, Usuki city. For those without automobiles, these busses will be the only reasonable way to see sights such as the Stone Buddhas. However, for those feeling more adventurous, the Tourism Plaza in downtown Usuki does offer bicycles for rent.

Ekamena
Ekamena is a funky bar in downtown Usuki whose tender speaks fluent English. It has become a prefectural favorite among Oita JETs. Visitors are encouraged to drop by and chat with other patrons, many of whom are often foreigners visiting Usuki for work or pleasure.