Hita is a charming small city in the far west of Oita prefecture.  It is sometimes referred to as a mini-Kyoto.  Situated in a basin, it gets both very hot in summer (sometimes even the hottest place in Japan!), and very cold in winter.  Hajime Isayama, the creator of the popular manga Attack on Titan, is from Hita.  He has said that the mountains surrounding the basin are what inspired the great walls of the city.

The city center is quite compact and reasonably flat, so the best way to get around is by bicycle.  Hita is known for it’s water.  A number of rivers flow through Hita, and most streets have little waterways beside them.  One of the famous local foods is Hita Yakisoba, which has a crunch to it.  There is a large lumber industry, and geta sandals handmade from Hita cedar are one of the city’s traditional crafts.  Hita manages to retain the conveniences of a city, while still having a small town feel.

As of 2019, there are seven JET placements in Oita. There are two prefectural ALTs who live in subsidized spacious teachers accommodation, and work at one or two senior high schools in close biking distance. There are also five JET ALT placements and one non-JET ALT placement with the Hita BOE who work at over 30 elementary and junior high schools throughout the Hita region (up to seven each). The BOE provides cars for the ALTs to use to get to the further away schools.  Don’t worry if you need to leave earlier to get to some schools, as overtime is tracked and you are awarded with extra leave.  BOE JETs have private accommodation, but are put in pairs, so at least one of your neighbours will speak English.  As Hita city isn’t particularly large, and owning a car is not required for work, bicycles are the preferred method of transportation among JETs.
​

It is actually easier to get to Hita from Fukuoka city, than Oita city (and vise-versa).  Buses to and from Fukuoka city go about every 30min with the last bus back to Hita at 11:52pm.  You can look up timetables here (search for Hakata bus terminal 3F) or pick one up from the bus centre.  It is cheaper than the train, and you can save even more money by buying your bus tickets in a group of 4, but keep in mind they expire after a few months.

If you are headed to or from Oita City the train is an option, but it is very infrequent, particularly if you are trying to save money by sticking to local trains.  It takes around 2 and a half hours on local trains, or 1 hour 40 min, for roughly double the cost.  Also keep in mind that Hita station does not have an IC reader, so you will need to buy a paper ticket.  ​You can also catch the bus, but you need to go to the highway bus stop which is a little out of the way.  Timetables can be found here.

Depending on where you are going (or coming from), and how many people are travelling together, hiring a car can sometimes be faster and cheaper than public transport.  Times car rental is conveniently located and has a key drop off box for if you are returning after hours.
​

Ohara milk bar - 大原屋 (Luchi’s)
This small restaurant is run by Luchi and his wife Eriko, who both speak excellent English.  They have been friends to the ALTs of Hita for countless years.  Ohara occasionally has themed nights celebrating food from various cultures, such as mexican food for Cinco de Mayo.  The standard menu includes dishes such as chicken curry (not Japanese style), pasta, and karage (fried chicken).
​ 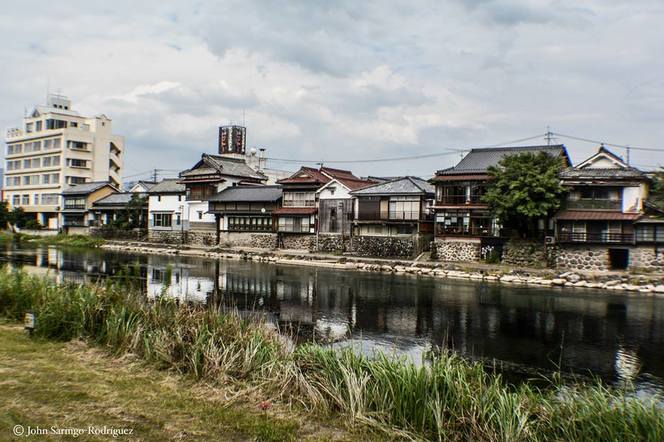 Copyright of John Saringo-Rodriguez. http://www.saringorodriguez.com/ Used with permission.
Sapporo Hita Brewery
This state-of-the-art brewery for the famous Japanese beer was opened in 2000 and is located just across the river from the town center. Hita is famous for its pure water, which is used to make delicious beer that you can taste on site here. The facility also offers tours for both its Kuro Black Label and its Yebisu beers, at a cost of just 500 yen per adult. You can book these tours on the brewery website, which has information in English. There is also a beer garden, a gift shop and a hall selling local produce on site. 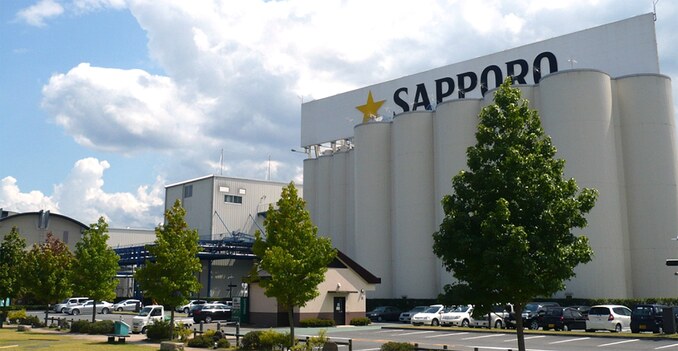