Mt. Tsurumi is a 1,375 m (4,510 ft) volcano to the west of the city and is recognized as one of Japan’s 300 most famous mountains.  It is a popular hiking location and the route can be started either from the lower ropeway station (from which the hike takes about 2 hours) or near the ropeway station closer to the top.  For more experienced hikers, there are also tougher mountain trails that connect Mt. Tsurumi to the surrounding peaks of other mountains.

Beppu Ropeway transports visitors nearly 800 metres up the mountain to a small park not far from the summit, from which you can get beautiful panoramic views of Beppu and Oita City, and sometimes Mount Yufu in Yufuin, the Kuju Mountains or even Shikoku and Honshu when the weather and visibility is good enough. In the park is a small network of walking paths that lead to the various viewpoints scattered around that level of the mountain. The actual summit takes around 15 minutes to walk to from the upper ropeway station. To take the ropeway, you can buy a round-trip ticket for 1,600 yen. ​

The nature surrounding Mt. Tsurumi changes from season to season - in early to mid April, over 2000 cherry trees bloom around the lower station of the ropeway, making the area one of Beppu's most popular hanami (cherry blossom viewing) spots. From mid May to early June, the mountain slopes become covered with the bright colours of rhododendron flowers. Then in Autumn, around early October, the leaves begin to change colour around the summit, creating a ripple effect as the colours change all the way down the mountain over the next five to six weeks. Finally, in Winter (December to mid-March), the trees and bushes around the summit are frosted in a crystalline cloak of ice. So Mt. Tsurumi is sure to look beautiful no matter what time of year you go! 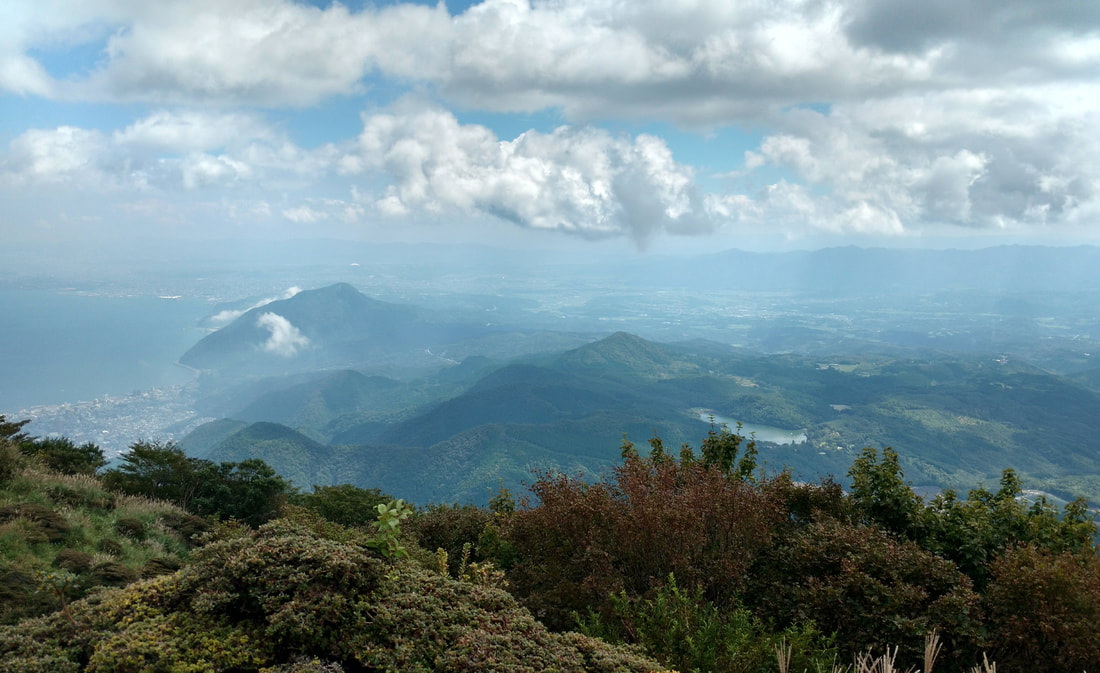